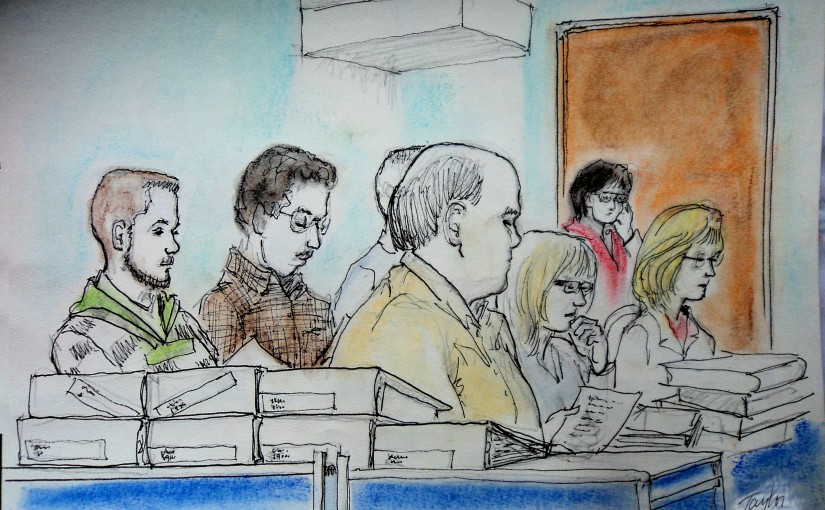 My few minutes of fame on CBC news.

Carol Taylor is sorting and arranging three decades worth of courtroom sketches that will go on display in the coming months.

Taylor is New Brunswick’s best-known court sketch artist and has been in the courtroom for almost every major trial in the last 30 years.

She is now sorting hundreds of drawings for a gallery showing she hopes to mount in the next few months. She is still in discussions over how best to mount a show of her court sketches, but she has plenty of material to display.

Lawyers and judges involved in the cases have bought several of her pieces over the years. But Taylor says in 30 years only one accused ever expressed interest in her work: former New Brunswick premier Richard Hatfield.

Taylor was in court for Hatfield’s marijuana possession acquittal.

“He came over and said, ’I was told you do a real good job. I’d like to have one of the drawings,” she recalled.

“He was very supportive of the arts.”

She was also sitting in the courtroom during Allan Legere’s multiple murder convictions.

Taylor recalls Legere was not as interested in her work as the former premier.

“I’d catch him eyeball to eyeball I mean you could tell he was not happy.”

GO TO CBC to view video